I have not disappeared off the face of the Earth, despite the fact I have not written a post in over a year!

It has definitely been a very busy 12 months and hopefully I can summarise it all in a few paragraphs and then share some of the few photos which I have taken over the last year.

I'll work my way through in chronological order so I don't confuse myself!

December 2014 I finished my traineeship with Kent Wildlife Trust. It was a great experience and I learnt so many skills, however, the Trust didn't have any vacancies and there weren't that many opportunities in the area, so I was still jobless. I was determined that I needed to carry on getting more experience, so I stuck with pub work to earn money and continued to volunteer with KWT. I had a great time, I accompanied the Land Management Advisor on numerous site visits, including solar farms in different parts of the country. All very interesting stuff.

A small group of us decided to have a little competition and started our wildflower diaries in January 2015 - writing down plants we saw when they came into flower. This was so educational - it meant we all carried our wildflower key with us wherever we went and I could actually identify quite a few new plants!

In February the Trust took on some work which they needed an extra pair of hands to carry out. I very happily put myself forward to carry out the work which I would be paid for. Hoorah! My first paid bit of conservation work. This then led the Trust to take on a few more extra bits of work which I was also to carry out, meaning that I had a few little paid projects to work on. Two of these projects were mainly bird surveys, but also included water vole surveys and habitat surveys. The bird surveys meant very early mornings but it was so worth it when we heard a nightingale and grasshopper warbler in the same bit of scrub.

In the middle of all of this, mum and I went on a little trip to Suffolk. We found a lovely cottage which allowed dogs that was really close to the RSPB Minsmere reserve. The cottage was gorgeous and only a fence and ditch separated the end of the garden from a lovely bit of marshland. Every morning we looked out of the upstairs bedroom window and watched the resident barn owl hunting. It was incredible! Our daily routine consisted of a lovely long walk with Bracken, followed by a trip to Minsmere, followed by a 2 minute walk down to the local pub, The Eel's Foot Inn, which was so friendly and welcoming. We had a number of fantastic sightings including bitterns, otters, marsh harriers, whooper swans, Dartford warblers, red deer, a spoonbill and so much more!
We also went to Southwold and stocked up on Adnams Ketchup - yum!! 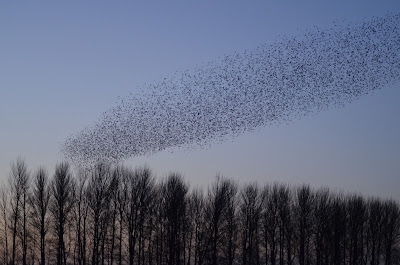 In addition to the bits of paid work I was doing, I also volunteered to carry out some breeding wader surveys for the RSPB. More early mornings! Highlights included hares, cuckoos, a water vole, a whinchat, nightingales and many other lovely birds. All the while avoiding roaming ponies and herds of cattle. 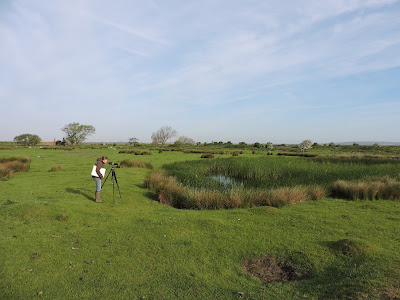 At KWT we also took on another project carrying out a National Vegetation Classification (NVC) survey at a privately owned meadow near Walmer in Kent. This was in June/July and the weather was absolutely gorgeous! This was one of my favourite projects because there was such a wealth of plants and insects and the couple who owned the meadow were the best hosts, bringing us cups of tea and scones and so much enthusiasm and friendliness! It was absolutely idyllic and we had such a lovely time. We have become good friends and I took my moth trap along a few weeks later and we caught lots of different species! 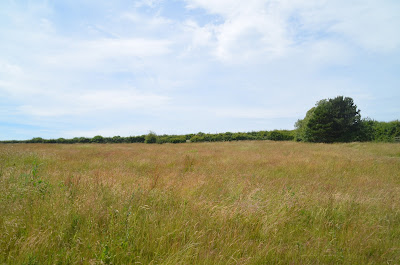 Our local pub re-opened under new management so I managed to get myself a job there behind the bar. It is a special pub because it is also a cycling cafe and bike workshop. It was great to be part of its re-opening and now it is just going from strength to strength (possibly due to having prosecco on tap!). There are so many different things that go on, including Friday film nights, bridge afternoon, bike maintenance classes, yoga classes and many bike themed events. I also run guided nature walks and bike rides from the pub and also moth mornings. I even have my own blackboard section for writing the walk/bike rides sightings! 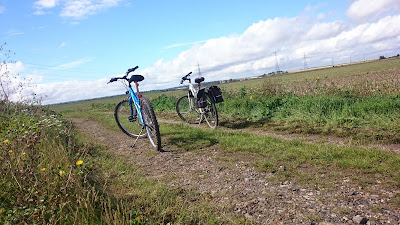 In August I bought a macro lens for my camera so I could take better photos of moths and other stuff too. It set me back a few hundred squid but it was so worth it! 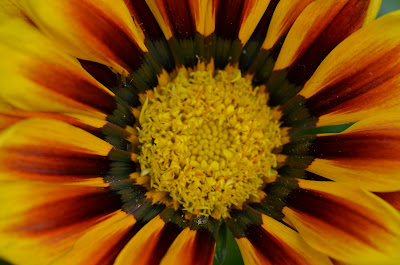 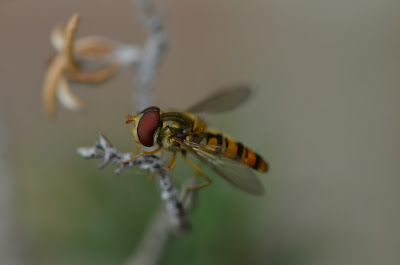 The lovely female oak eggar moth in the photo below, laid her eggs in the trap. 20 of them! They were like little tiny birds eggs - 1mm in diameter with a hard shell! I did some research and it appeared they would take about 20 days to hatch, so I kept them in a yoghurt pot until they hatched 20 days after they were laid! I bought a 'bugdorm' and collected some bramble which is one of their preferred food plants. I have kept feeding them and they have grown from approximately 5mm to about 4cm in length! They should have overwintered as a 3rd instar caterpillar but it has been so warm that they haven't and I've been able to find plenty of bramble to keep feeding them. 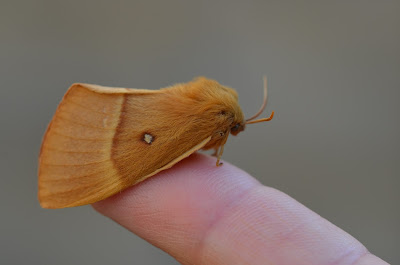 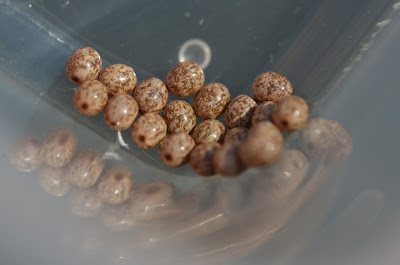 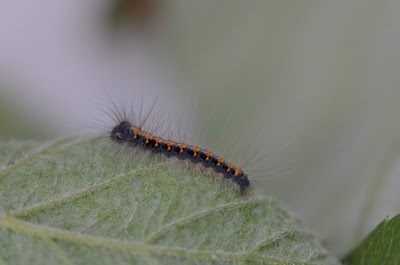 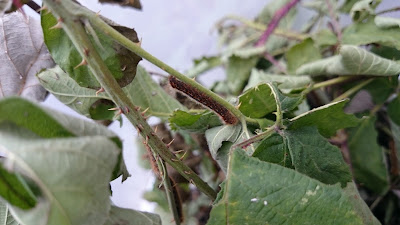 Later on in August we took the moth trap on holiday to France where we stayed with my Auntie in the Dordogne. We got some excellent moths and not quite so excellent hornets. We also went canoeing down the Dordogne river where we saw lots of kingfishers, which had been taking lessons from kestrels... They had learnt to hover before diving instead of sitting on a sticky outy branch!

Mum and I got very brief views of the black-winged kite which had taken up residence nearby. They are typically a bird of Sub-Saharan Africa and Asia but has more recently established populations in Spain, Portugal and even more recently Southern France!!

In September I started a new job as a Secondary School Science Teacher! A completely new venture and one which I have survived so far! I was really hoping that I was going to be able to keep up conservation work too, but clearly I was disillusioned about how much work teachers had to do!

I did still find the time in September to go back to the meadows at Walmer to help with a bit of practical habitat management. From the NVC data and just from looking at the habitat it was clear it needed some management, so following the management plan we had written, we took some of KWT's meadow management machinery to the meadows at Walmer. It was a great weekend of cutting hay and raking it up. We also sowed a section of bare ground with wildflower seeds which will hopefully help to increase the diversity of flowers there. We were once again treated to more scones and tea and delicious lunch and of course lovely company.

October, November and the first 2 weeks of December were consumed by teaching then at Christmas, we took Bracken, lots of food and all the Christmas presents back to the cottage in Suffolk! The cottage is joined to another which is owned by the same lady. We also rented the other cottage for my Auntie, cousins and my cousin's fiancée. We had a lovely time and sat outside at the Eel's foot Inn on Boxing Day after our walk, it was like the middle of Spring!!

I hope this hasn't been so long that you've given up half way! I really miss writing blogs and reading other people's too! Maybe life will become less hectic and I'll have more time for things like this!

Lou Mary
Kent, United Kingdom
I am an individual who loves nature and the great outdoors and I try and capture the beauty of what I see with my camera. I graduated from Reading University in July 2012 and I currently live at home in Kent. In December 2014 I finished an 11 month trainee-ship with Kent Wildlife Trust and in that time gained fantastic experience and met many knowledgeable people. I now teach science at secondary school level and try to convince the younger generation that science is fascinating! In my spare time I go for long dog walks with my mum and we explore nature reserves nearby and see what wonders of the natural world are right on our doorstep!

Just a little note to say welcome to my blog. Thank you very much for taking the time to visit my blog, I hope you enjoy reading my posts. Don't forget that you can click on the photos to enlarge them :)

Although I am just an amateur photographer, all photos are my own (unless otherwise credited) so please don't copy them!! :) 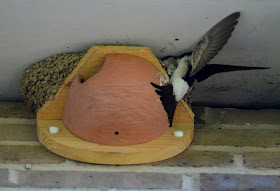 Stonechat down at Dungeness 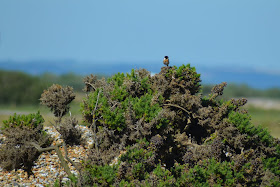 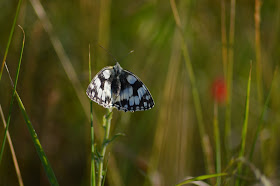 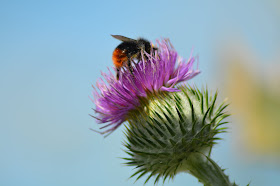 Flight of the greylag 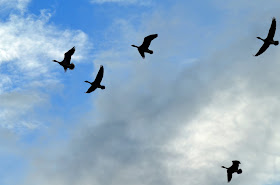 Singing it's little heart out 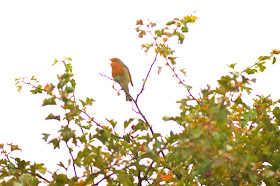 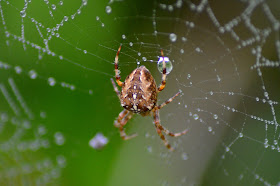